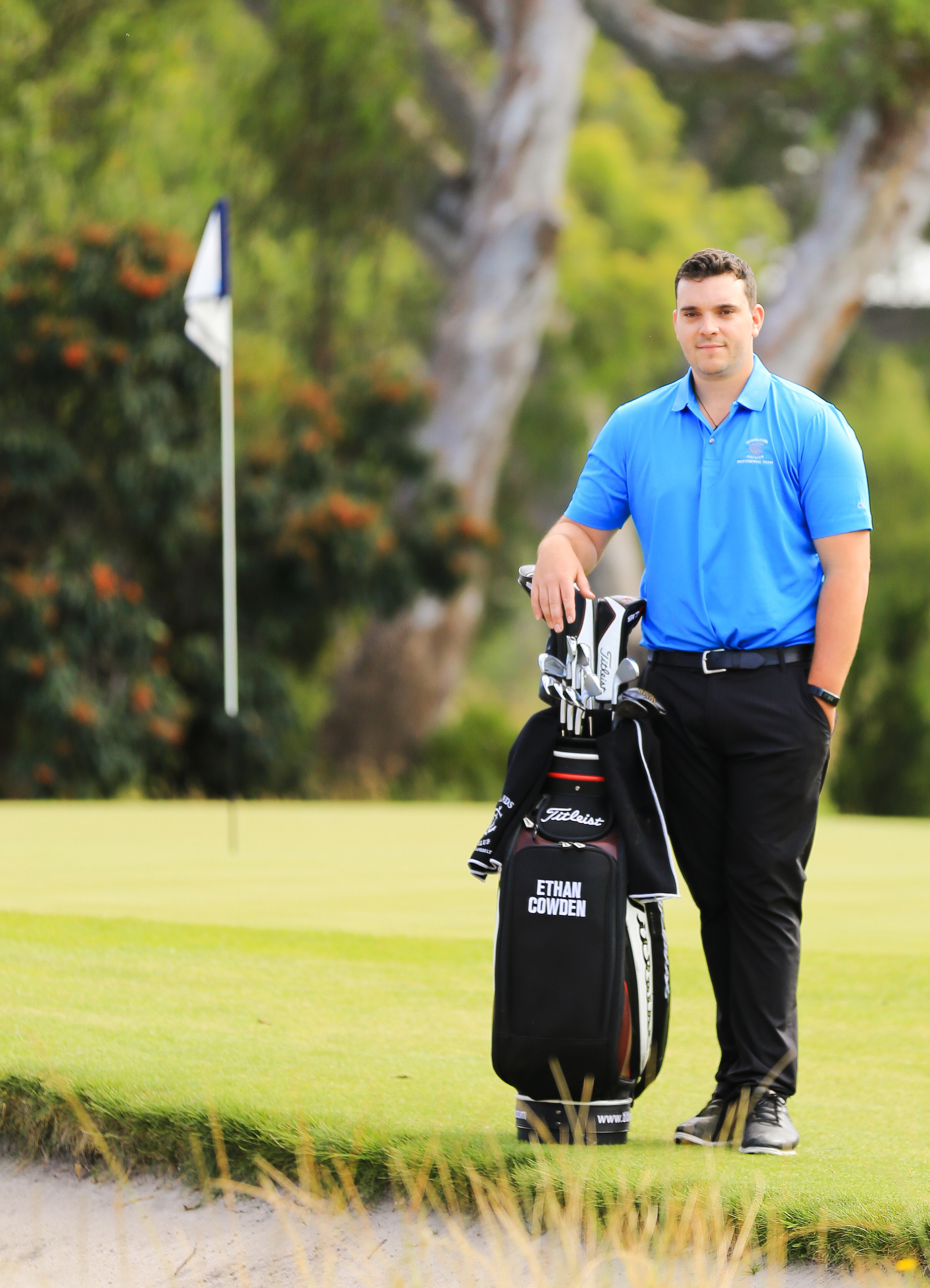 Ethan first joined Woodlands as a junior in 2005, completed his traineeship at the Club in 2013 and was the assistant teaching professional until the beginning of 2016.  For the following 20 months, Ethan was the Assistant Manager and Head Professional at Yarrambat Park Golf Club. Nathan is a PGA Member with Advanced status in Coaching and Small Business. With over 20 years of playing experience and previous studies in Human Movement Science and Biomechanics he provides a coaching approach to help golfers achieve the best possible results through efficient movement of the body and sound swing principles.

After competing in the Ivo Whitton series for several years and becoming a multiple East Gippsland Champion and a Waverley Golf Club Champion he began his journey into Professional golf and coaching through the PGA Traineeship system in 2015. During this time he has obtained experience in the most up to date coaching theories and technology, including Flightscope, Trackman, K-Vest, Sam PuttLab, Gravity Fit and relevant Biomechanics systems to provide a very adaptable coaching service to all students.

Nathan is currently available for Lessons with bookings being able to made in person or through the Website booking portal. 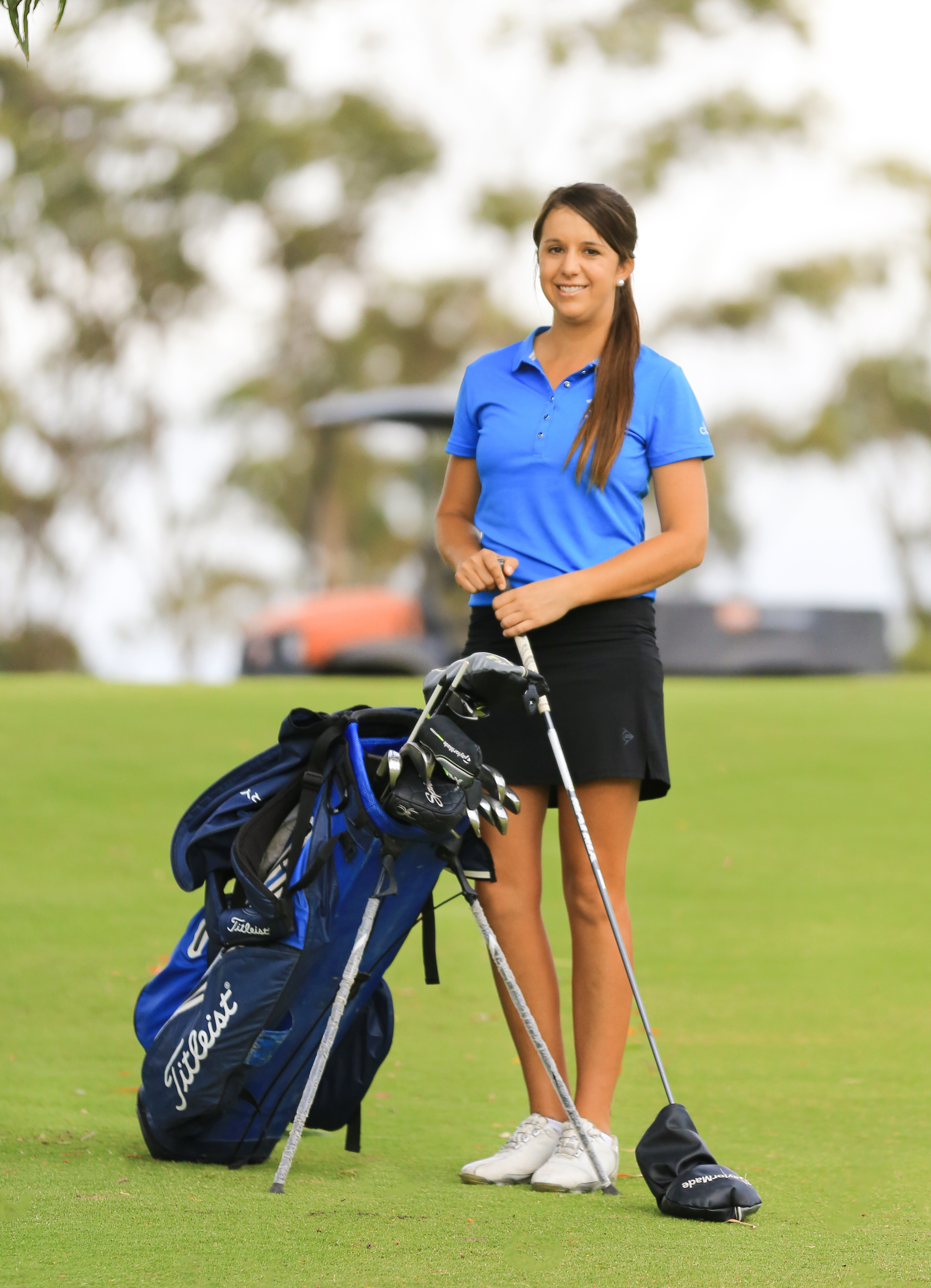 Catherine has joined us from Growling Frog Golf Course where she has completed the first two years of her PGA Traineeship. Prior to undertaking her traineeship she spent four years in the States where she played college golf at Oklahoma Christian University. Cat is excited to complete her final year of her training with us at Woodlands Golf Club and we look forward to her becoming a valuable addition to the Club. 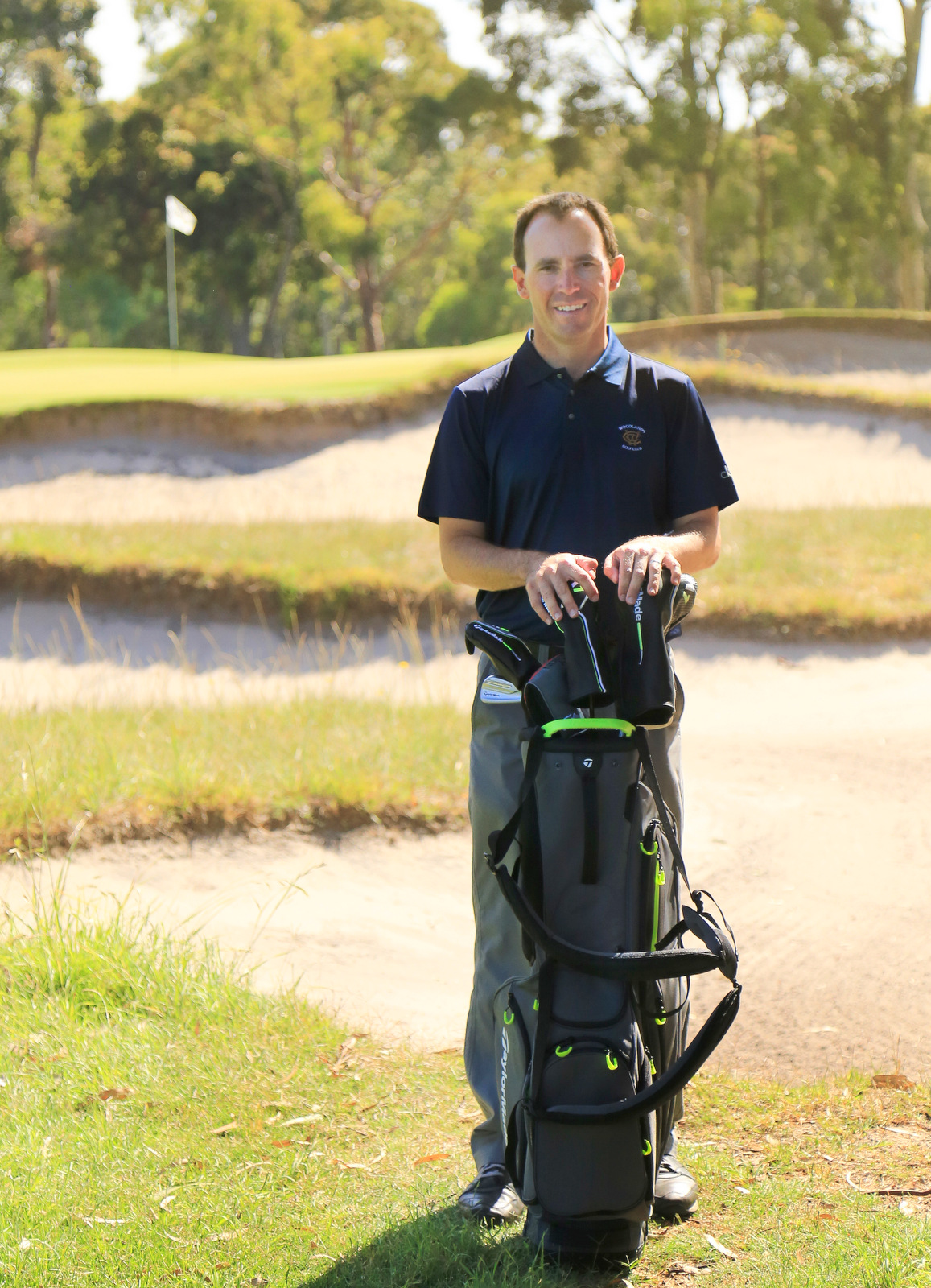 Steve is a PGA Advanced Coach, TPI-certified and has been the Head Teaching Pro at Woodlands Golf Club since 2010, assisting both members and non-members with the development of their golf game. Prior to his current role, Steve played pennant for Woodlands (1997-2000) and completed a PGA Golf Professional traineeship (2001-2003) to become a full PGA member in 2004. Over the following eight years, he played on the PGA Tour Australasia and professional tournaments overseas, providing golf tuition at Woodlands when at home.

Steve is a versatile coach with a particular passion for developing junior golfers who is diligent in ensuring he remains up-to-date on the latest methods of teaching, and applying use of the latest technologies (such as Trackman), golf equipment and trends into individual lessons/golf programs where appropriate. 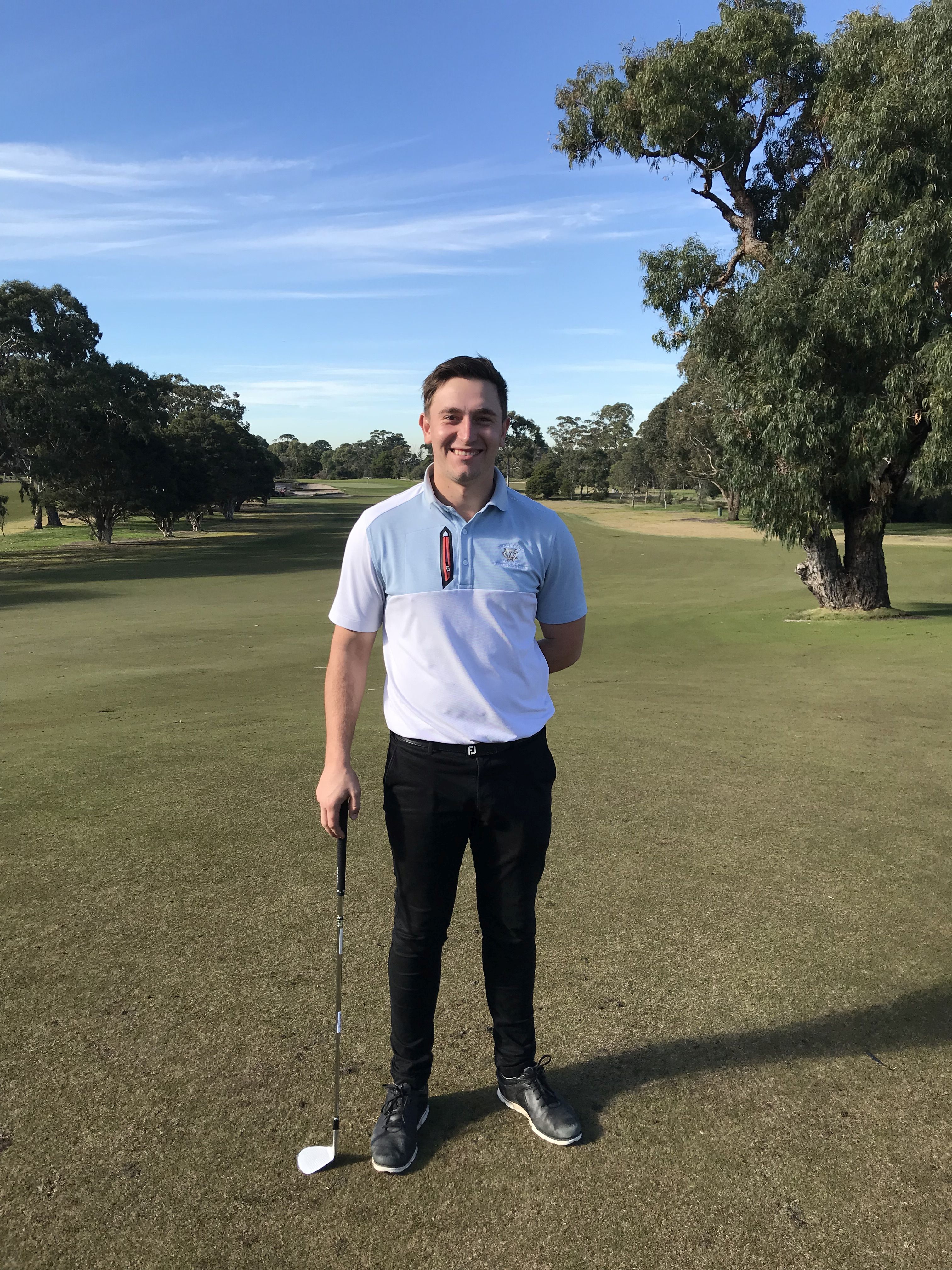 Sasha started playing golf at the age of 14, his initial handicap was 35 playing at a 9-hole golf club in country Queensland. By the age of 18, he had reduced his handicap down by 32 shots to 3.

He was then first introduced to Woodlands Golf Club through the Australian College of Sport run by Dale lynch and Craig Spence throughout the years of 2015-2016. Practicing regularly saw him win the Yarra Yarra Golf Club Championship in 2016. He then travelled to the USA & Canada playing numerous world ranking events and Pro Ams.

Sasha is in the first year of his PGA Traineeship at Woodlands Golf Club. He has ambitions to become a professional tour player. Sasha is also keen to providing golf tuition and coaching in his future years. 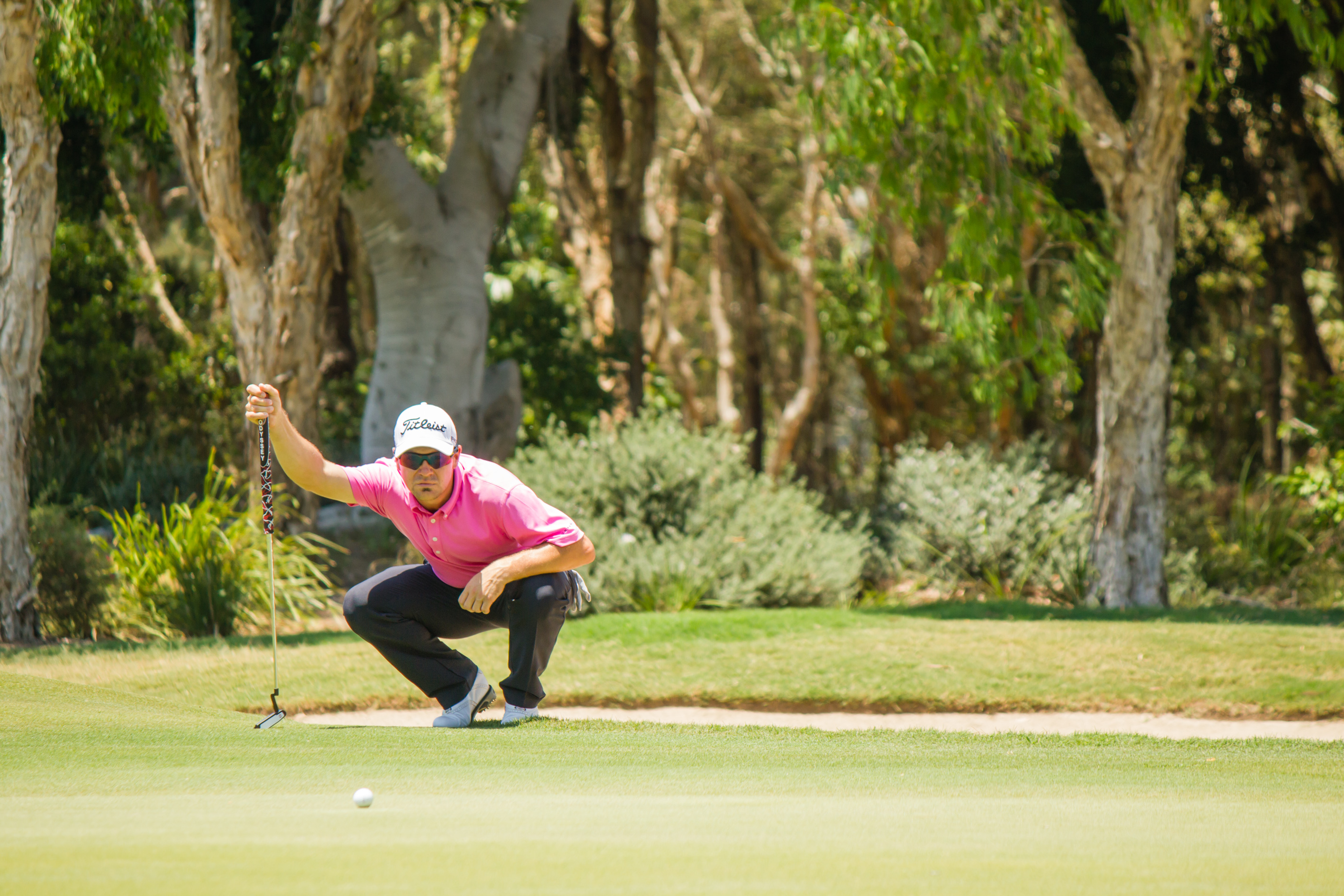 Leigh is a former Australasian, OneAsia and Japan PGA Tour player. Leigh has played in 6 Australian Opens, 6 PGA Championships and 5 Masters Tournament events, and was the winner of the 2011 Papa New Guinea Open on the Australasian Tour which provided an invitation to the Panasonic Open on the Japan Tour.

During his time on tour, Leigh worked with Australia’s elite coaches, trainers and sports psychologists, as well played with and learnt from some of the world’s best golfers. This wealth of knowledge enables Leigh to provide a unique and holistic coaching experience to develop golfers across all skill levels.

Accredited in SAM Putt Lab and CAPTO Putting technologies, Leigh is committed to providing a calm and positive learning environment to help reach your golfing goals though his coaching, specialising in putting.